Your computer, phone, or tablet holds all kinds of personal information about you, and before you sell, return, recycle, or donate it, you should make sure to delete all of that information correctly. On most devices, wiping your data securely is pretty straightforward, and doing so can prevent your data from being recovered by someone you would rather not have it. How you do this depends on which operating system you have and what type of storage drive your device has.

Before you wipe a computer, make sure that you have a backup of any files you need and deactivate any software that requires doing so. For Macs, Apple recommends logging out of any iCloud services, including iTunes and iMessages.

Next, figure out which type of storage your computer has. On Windows, this information is harder to find than it should be, but the easiest way is to open the Defragment and Optimize Drives tool (type “defragment” into the search menu in the taskbar). On a Mac, click the Apple logo and then About this Mac, and select the Storage tab. The entry typically says “solid state” or “flash storage” for a solid-state drive (SSD), whereas for a mechanical hard drive it says “hard disk drive.”

The following directions for wiping a computer will work with any system running Windows 10, as well as most Macs. If you have an older copy of Windows or if you like to get into the weeds with different file-deletion methods, a third-party tool like Dban is your best option.

If you have a solid-state drive, start with encryption

If you purchased your computer in the past few years, it probably has a solid-state drive. SSDs are faster than older, mechanical hard drives and use flash memory instead of magnetic platters. But the downside of the technology is that securely deleting files from an SSD is very hard. SSDs use a technique called wear leveling to prolong life, but a side effect of this process is that data can remain on a drive even after you’ve erased it. Instead of using special software to erase an SSD’s contents, you’re better off encrypting the drive, which employs a mathematical process to muddle up the data using a passkey that only you have. Without the key, files on the drive look like gibberish—even if someone succeeds in recovering files, that person still won’t be able to open them.

The good news: Encrypting your storage drive is simple. This is something we recommend doing for every computer with an SSD, even if you’re not selling it. You can also encrypt mechanical hard drives for the same reason, but the process takes a particularly long time, and it’s easier to do a good-enough job of removing data on mechanical drives.

Chromebooks usually use solid-state storage, but Google enables encryption by default, so if you’re resetting a Chromebook, you can skip this section.

If you have a Windows computer, encrypting your storage drive can be a little tricky and depends on which version of Windows your computer has and what components you have installed.

Some Windows laptops have device encryption enabled by default. To check:

If that’s not an option, look for the built-in encryption tool, BitLocker, which is available in Windows 10 Pro, Education, and Enterprise:

BitLocker can also encrypt external drives, including SD cards and flash drives, which is a more secure way to delete files on such drives before formatting.

If BitLocker isn’t an option, you’ll need to turn to third-party software. We like VeraCrypt, but keep in mind that its encryption process is more complicated than BitLocker’s. Some SSD manufacturers may also provide software for securely erasing their SSDs, though we haven’t tested any of those utilities.

Macs have had the same free encryption tool—called FileVault 2—since 2011, and the process is the same in every version of macOS:

Wipe and reset your computer

This is your last chance to retrieve any files, so check one more time before you proceed.

Once you enable encryption on the SSD, or if your computer has a mechanical hard drive, all that’s left is to format the storage drive and reset the operating system. When you do this, you have two options: to keep your files (which is useful if your computer is running slow or has other issues) or to remove everything, which deletes all your files stored on the computer and reinstalls the operating system. If your computer has an SSD and it’s encrypted, this step isn’t necessary if you’re recycling the computer, but it is a good practice.

Follow the on-screen prompts, and your computer will restart; depending on the size of your storage drive, this can take a few hours. Eventually it’ll land on the setup screen, and you can power it off.

For a Mac, you need to boot your computer into a special menu:

Once Disk Utility finishes erasing everything, you can turn off the computer. Or you can head back to the Utilities menu and select Install macOS if you want to start the process for the next owner, but that isn’t required.

Google enables encryption in ChromeOS by default, and the reset process is straightforward:

Note that Chromebooks connect to a Google account, which still stores most, if not all, of your data. When you run Powerwash, it automatically logs you out of your Google account.

As with a computer, you should take the steps to securely wipe and reset your phone or tablet before selling it. The process is much easier on mobile devices than on computers.

iPhones and iPads have device encryption enabled by default, so you need only to reset yours. First, make sure you have a recent backup, and then disable Find My. Once that’s done, you can reset the phone or tablet:

When the process is complete, the iPhone or iPad will restart, after which you can power it off.

Recent Android devices have encryption enabled by default, but double-check to make sure it’s enabled under Settings > Personal > Security (it may be in a different place on some Android phones). Also, make sure your phone is backed up. From there, you can reset the device. This process will vary depending on the phone model, but here’s how to do so on a phone running stock Android:

Encrypting and erasing your devices is plenty for most people, though you can take the destruction route if you don’t plan on passing the device along. If you have a laptop that’s still functioning, though, consider recycling or donating it. Typically, older computers still have more life in them, and there’s always someone who can use them. Sites like the National Cristina Foundation can help you find a place to donate locally, and the World Computer Exchange donates globally.

Whether you’re passing a computer on to someone else or sending it off to a recycling center, wiping your personal data is an integral first step, so take the time to do it properly. 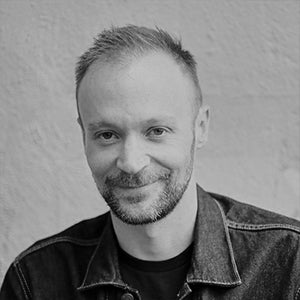 Thorin Klosowski is the editor of privacy and security topics at Wirecutter. He has been writing about technology for over a decade, with an emphasis on learning by doing—which is to say, breaking things as often as possible to see how they work. For better or worse, he applies that same DIY approach to his reporting.

A New Gadget Stops Voice Assistants From Snooping on You

Let’s Build a Traditional City and Make a Profit